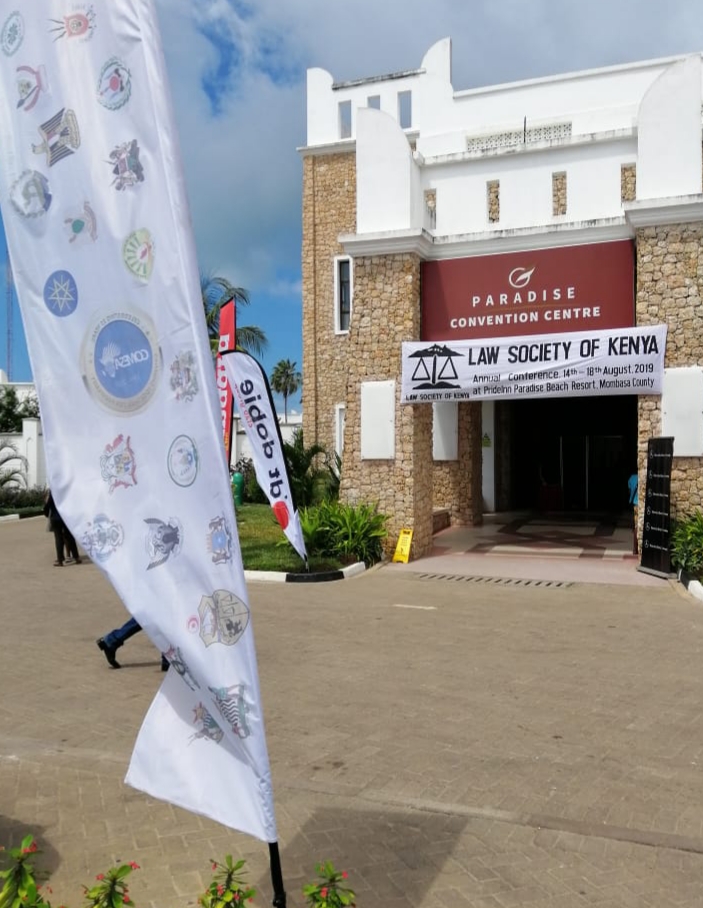 COMESA Court of Justice and the COMESA Competition Commission are taking part in the largest gathering of Kenyan lawyers in Mombasa this week. The event has attracted over 1,200 lawyers thus providing the best opportunity for the two COMESA institutions to publicize their programmes amongst a strategic target group.

COMESA Court Registrar Nyambura Mbatia, described the legal fraternity in COMESA Member States as a prime target audience of the Court as they mainly represent litigants in court.

“This huge gathering of lawyers provides the best opportunity for our Court to be known by key stakeholders,”  she said. “Quite a number of them are not aware of the type of cases handled by the regional court hence the need to raise their awareness, to know and use the court.”

The lawyers conference is organized by the Law Society of Kenya. Among the key themes of the Conference is: ‘Embracing Technology in Legal Practice; Litigation and Commercial Practice’.

At the conference, COMESA Court is specifically publicizing its digital evidence management system that was launched in February this year known as CaseLines. Under this system, lawyers can now file cases at the COMESA Court online thus cutting down on time and costs of manual practices.

In her presentation to the lawyers, titled: Embracing technology – A case study of the COMESA Court, the Registrar said the need to go digital was informed by the complex dynamics of the regional court.

“We have the most expansive jurisdiction covering 21 countries in Africa, and the court is required by circumstances, to sit in any of those countries,” Ms. Mbatia said. “Previously, this required carrying physical files from one place to another thus risking destruction, loss or misplacement of documents and possibility of delayed arrival of files thereby derailing slotted hearings.”

She informed the conference that the digital system has now eliminated the costs associated with sending documents to the Court or to Judges and airfreights to the venue of court sessions.

Mr. Danson Mungatana, a Commissioner of the COMESA Competition Commission said Kenya was one of the leading players in mergers and acquisitions in the COMESA region thus presenting lucrative opportunities for lawyers.

“We invite you to participate in these processes and provide advisory services to your clients on the need to avoid practices which negate the objective of free and liberalized trade,” Mr Mungatana said.

He said the main role of the COMESA Competition Commission was to monitor and investigate anticompetitive practices of undertakings within the region, and mediation of disputes between Member States concerning anti-competitive conduct among others.

Under the COMESA Regional Competition Policy and Legal Framework, Member States have committed to prohibit undertakings that prevent, restrict or distort competition within the Common Market.

The two COMESA institutions were part of the co-sponsors of the conference which was addressed by eminent legal practitioners in Kenya and the Commonwealth Lawyers Association.